In response to the Blog Event Finish It, a short story writing blog event – presented by Author S B Mazing. 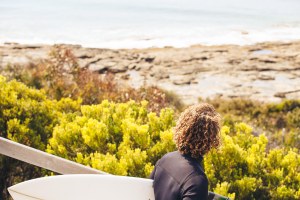 She looked stunning. Her long, mahogany hair was softly running along the sides of her face, framing it, making her features stand out. Her skin seemed flawless, her lips soft. He wanted her. Here and now. But he knew he had to wait. It was not the time nor the place. He could tell that she longed for him too. He could see it in her eyes. If only… Why was it so complicated?

Why couldn’t she have stayed? Now there she stood, a gypsy princess, or maybe a siren, waiting for him to crash again for her.

Mark remembered the morning she had left. She had thrown that half carat diamond ring her had given her right at his head. her voice still rang in his ear, all bitterness and rhetoric broken by sobs. Ranting on about how she was being used, about how she had been warned and how she deserved better. He remembered the way his heart had sunk. He remembered showing her the letter in his pocket, the reason he had rushed in all excited. His first competition invite. But she only cried harder, packed faster. Hastening the moment she disappeared on the busy city street and just left him there.

Later that night a man had come, his dusky skin and exotic features marking him as a relative of hers. He had beat him senseless, in his little beach from apartment. He had heard his bones breaking to the song of the gulls and the surf. All the while demanding the location of his sister. His sister who was betrothed. His sister who had run away. His sister who had run out on her lover to protect him from this calamity. Or at least that’s what he had hoped.

That was five years ago. And in those three years she had become somewhat of a celebrity. Her and her husband. The man she had been dragged back to when she was eventually caught. The man who delighted in having Mark’s Gypsy princess on his arm, draped in diamonds with misery shining in her eyes. His Gypsy prisoner in a gilded cage. Mark had known she wasn’t happy, and the articles over the years had told him as much, as she was plagued by alcoholism and tales of relapse after one rehab program or another. But she was out of his reach, and eventually she slipped from his thoughts. Except on those nights. Those cool summer evenings when he could almost see her. Gliding through in her flowing skirts, dancing barefoot around his beach front apartment, singing those savage hymns she liked so much. Infusing him with her wild magick.

Now here she was, with this plan of hers. She wanted to escape, she wanted to run, she wanted her freedom. And she wanted it with him. Here in a crowded cafe in Bali, she bared her soul. She told her tail behind a veil of tears. Ripping him apart with her story. But could he do what she wanted? Could he abandon all of him, to lie in the arms of this renegade Princess?

Mark already knew he wanted her, now more than he could ever remember wanting her before. This beautiful creature that haunted him so long. But she was another man’s wife. A man who would not let her go, and Mark didn’t know where to start in freeing her form his clutches. He ran his fingers thought his sandy hair and blew out a heavy sigh. A plan already forming in his mind. He would have her. All of her. When all this was done… 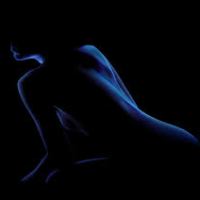